666 Mockingbird Lane
Welcome to the home of Vladmir Dracula, Count Dracula.
He has come to this small hamlet, in search of something he’d thought lost many centuries before.
Along with his generals, Emilia and Rheksas, he has plans…many plans…
And this small town will never be the same again.
Vlad’s Mansion – Sitting Room

Vlad remained in his seat as Emilia paced and ranted at him. He wasn’t really listening, but thinking of how much he was disappointed in the young woman. He trusted her above all others, had been honest with her from the very beginning and she still did not heed his warnings. He could not recall one single instance in their centuries together where he encouraged her in her current behavior.

“I did everything you ever asked, including tonight, my….Lord. But again, you only care for that….woman. How many years..no how many centuries has it been? Hmm? And you still pine for her…I may be a General…but I am after all, a woman. A woman who has lived all these years loving but one man. My only crime is that I wasn’t enough for you.” And there it was, in the open for all to hear. He continued to stare at her, expressionless as he thought of what he should do. And still she issued ultimatums. “So, you have a choice, my Lord. End this life or banish me. It’s obvious I am no longer of use to you.” And she dared to stand before him, hands on hips, like a nagging fishwife? It was time to teach her who exactly was the Master and who was the Childe in this relationship.

His body was a blur as he launched himself from his seated position. The chair he had been in, slammed backward into the wall, smashing into pieces with the force of his ire. This went unnoticed as he pressed Emilia across the room into the wall, a single hand around her throat, his talons pressed tightly against her skin. His face was inches from her own and she would be able to see the rage in the blackness of his eyes.

“You dare!” he hissed. “I took you in when you had nowhere else to go! Your own pack tossed you aside and left you to die and out of the KINDNESS of my non-existent heart, I claimed you as My Childe! And you would dare challenge me in such a way!?” It had been many years since Vlad’s temper had been let loose in such a way, the last time had been just before he was turned. This was the first time ever that anyone had felt the full force of his rage. Emilia would be his target. “Not once have I EVER lead you to believe there would be more between us! Not ONCE did I give you ideas that I would take you as a lover! Yes, you are valuable to me! Your skills as an assassin are beyond reproach! But you are my CHILDE! And that is all you will EVER be to me!” he snarled.

Vlad had learned a lot about their race over the years and he had decided at one time that he was never going to do to one of his children that he was about to do to Emilia…but she had brought this upon herself.

“Rheksas! I know you are nearby! Present yourself before me!” he commanded, his aura flaring so heavily in the room that the candles that were lit flickered and died, leaving the room cloaked in shadows. He felt, more than saw Rheksas come up from behind him. Vlad kept his eyes on Emilia and spoke the ritual words to bind her lifeforce to that of Rheksas’s, in a sense, giving Emilia to the man as his blood-wife:

I, Vladmir Dracul, Lord of the Undead
Give of my servant, Emilia
Bound by Blood
To serve for all time
This man of Rheksas.

Let him forge this bond
With my curse
Forever more bound
Soul to soul.

We are Immortal.
We are Undying.
And nothing can sever
the bond they have sealed.

So I say it…so shall it be.

As Vlad spoke, his power could be felt exponentially and a thin thread of light, as red as blood began to form between Rheksas and Emilia. It was a power neither of them had felt before and had the effect of like being struck by lightning. It was controlled by Vlad alone, the power commanding Rheksas to take Emilia’s blood, to bind her to him forevermore as his Wife. 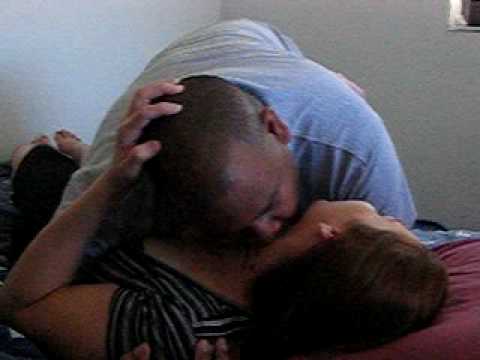 Was this to be the end of her existance  Years, thousands of years and it had all come down to this moment.  The Child deifies the Master.  Eyes burning as they stared each other down.  But they were not alone.  No, for the other in the triangle was watching, waiting in the shadows.  Rheksas.  The General of Vlad had also watched this game for many centuries, and while his own dead heart did smolder for Emilia he knew that he would never get a look in.  That was…until now.

Vlad was fast like lightning off his seat and rocketed across the room with Emilia caught in the grasp of his taloned claw.  Defiance would never ever be tolerated, but the girl was of worth, there was no mistaking this.  As much as he was angered to the point of just ending her, he also realized that he needed her for her skills and loyalty up till now had been flawless.  Struggling beneath the cold clasp of Vlad’s hand, electric blue eyes turned to that of Rheksas who was a looming shadow not far in behind.  What was he waiting for?  The words of his Master of course.  He did not want to see Emilia ended this way, but if it was the will of the Master than so be it.

Emilia’s face was riddled in the foul spittle of the Count’s rage as he berated her as a Master would of it’s child.  She had disobeyed him one last time and no more shall she ever think of herself as being anything more to him than a child….a servant.  Emilia shivered beneath the Count’s grip as the words rained down and hit her with a torrent to make her see just how she was in her longing for something that could never be.  She had remembered when the Count had taken her, when she was abandoned by her own – cast into the wilderness only to be accepted to the Count’s coven with an open hand.  Emilia would never bite that hand again.

“Rheksas! I know you are nearby! Present yourself before me!”  The Count ordered, still with his taloned hand buried deep around Emilia’s neck.

“My lord, I present myself unto you.”  This was said with a bow, as he slowly rose and continued to observe what well could be the General’s end.  His eyes locked on Emilia’s, waiting for the end.

It was then, much to the shock of both Generals, that the Count made his will known, and effectively gave the unlife of Emilia to the complete control of Rheksas.  Both were struck by the same shock of power that came from the Count’s decree.  A fine red line joined each to the other, as their bodies both shook and quaked as though struck by a lightning like force.  This blood binding was an ancient ritual, designed to ensure that the bond could never be broken, and each would continue to serve Vlad faithfully for eternity.  It also meant that Rheksas would gain the prize he had wanted for so long.  It was no secret to the Count of the General’s feelings for Emilia and now she could never say no.

The moment the Count released his grip from Emilia and stepped away, the General Rheksas moved to take his place.  Emilia was still pinned hard to the wall as though by the force of the ritual’s words.  Rheksas stared back at the Count, almost incredulously, before he moved his right hand up and swept back a portion of Emilia’s hair.  How he had longed for this moment.  He had touched her before, but only in care of her wellbeing.  This was to be the first touch of a husband to blood wife.  Eternal servants of Vladmir.  Emilia had no say.  She could not move even if she dared to try.  Her steel blue eyes met with the deep chocolate ones of Rheksas.  With speed he came down on her, sinking his fangs into the soft skin of her neck, and started to feed as her arms were seen reaching out around his body, fingers curling ever slightly.  Rheksas growled and took her with all the enjoyment of a man that loved the woman that was given unto him.  She tasted like no other, and he became almost intoxicated by her, her writhing only exciting him all the more.  This would surely be a show to watch and enjoy no doubt.

When Rheksas had taken his fill, he withdrew his fangs and then licked at the wound to make it close over.  But still his hands continued to wander over her.  She was now inside him, and Rheksas wanted to complete this union of blood in the most intimate way.  His lips moved from her neck up to her chin, then closed over her mouth and hungrily feasted on her tongue.  Emilia put up little resistance to his intentions.  She could no longer fight what was her new Master – her husband.  Slowing, the General moved back slightly, and then pressed his lips to Emilia’s forehead, before turning back to his Lord, the Count.

“My blood wife will no longer be a problem to you, my Lord.”  Rheksas’s lips were still wet from his new bride’s blood and he licked his lips with a half smile.  This had worked out better than he imagined.  Rheksas would keep Emila well under his watch, and between them, they would continue to serve the Count as they had done…now without issue.  Emila remained quiet, the anger had been released out of her when Rheksas fed.  She knew best not to disobey and kept close to Rheksas.