842
Re: {RP} Cloudtop Penthouses
November 06, 2013 01:17AM
Penthouse 3 – Sam MaloneArriving back from his night at the Dangerfield ball, Sam strode into his spacious penthouse suite, tossing his jacket lazily over a cream velvet love chair. So, it was a hit and miss affair. For one, he got to meet the very delectable Damion Marulo; a stunning looking man, whose smile and wit left its mark on Sam’s memory. Also, the way he sounded, and smelt as they stood together out on the balcony. For those precious moments, with the blazing fireworks as a backdrop, Sam felt like it was heaven on earth.

Closing his eyes, Sam paused for a minute, standing in his place reminiscing the feeling of being so close to Damion. Course, the memory was slightly tainted. Damion whimpered, a sign of submissiveness to the young Alpha. It was tantalizing as it was a sign of insecurity about his feelings. Sam slowly opened his eyes, and he had a slightly smug expression. It dawned on him that Damion had not had a male lover before. Oh the challenge that would be, to hunt him down and then take his virginity, out in a field amongst the long grasses. Bare and natural as nature intended. The thought of this awakened Sam’s urges and he felt the tugging in his trousers. God, clothing could be so annoying at times. He started to undo his trousers, rubbing his hand over his hardness then slipping his trousers down his legs, kicking them free. Strolling to the large windows that looked down on Manhattan, he tore at his tie, and let it fall free, his shirt half unbuttoned. 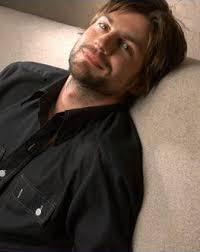 Somewhere out there…..a young wolf would be dreaming of him. He was sure of it.