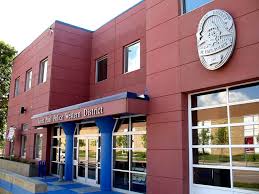 “I really think the walls in my office should be…black.” Amelia said, making a sweeping gesture with her hands, as the Police Officer Bracks stood in behind her and shook his head. “Amelia, you know the department is never going to agree to you decorating your office in..black of all colors. Now…about the Chester case. Do you have the results back yet? I got the Commander breathing down my neck, if I don’t get the report on his desk by Friday.”

Amelia lowered her arms and rolled her eyes, dressed in her traditional lab coat, but wearing a spiked dog collar and black school girl number with thigh high stockings beneath. Turning around to face Officer Bracks, she gave a weak smile and folded her arms. “Do you know how many body parts I had to count, let alone the tests on the semen samples in the bedroom. I mean….you try playing Operation with someone who had been hacked to bits with a machete. Come to think of it, one of his ears is still missing.” Amelia tapped her lip and went off into the space in her head as the Officer face palmed and then held up two fingers. “Two days…. I need that results in two days.” Amelia mocked a salute, then picked up her over sized slurpee cup and sucked on the straw, wiggling her eyebrows. “Rodger that..two days. Wilco and…whatever it is you uniform beats say.” The Officer snatched up his hat and stormed out of the office, as Amelia chuckled, then turned back around and looked at her walls again.

“You will be black…just as soon as I find that ear.”