When we do a period or specific era role play, many of us dress up our character’s to suit the theme. So say its a medieval role play, the characters usually wear clothing that would be available in the age of that era. Same goes for weapons, the weapons carried, or strapped on are those that were able to be either purchased or manufactured, forged in that time setting.
If you were doing a role play about Camelot, and the knights of the round table, you would expect them to carry long swords, wear armour, etc. Right? Last thing you would be expecting to see, is having them rock up in a pair of designer jeans, PVC boots…and a knitted see through top, listening to dub step on his iPod.

Then there are the Royal ladies….-ahem-

Now to my mind, in medieval times, a Queen or Empress, looked a bit like this… 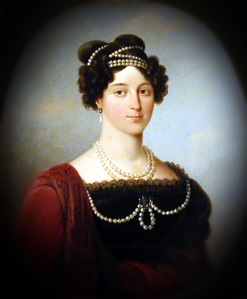 Okay, that is a real step back in time, but you get the idea. However, in some medieval roleplays on imvu, we have seen Empresses look…more…like this…

Uhm….yeah…well…I have seen it myself. (lol)

If there is a good example of a Queen, then I can’t go past “Queenie” from Black Adder.  She definitely looks the part.  No offence to Angie.  ❤