Fifty First Dates-The lights had been turned down low in the intesive care ward in the private clinic. The sound of the heart monitor, continued to beep quietly, whilst slouching on a chair near the bed was Kraus Zimmerman. He looked a wreck, he hadn’t shaved, he hadn’t showered, and he hadn’t left Inga’s side since she was wheeled out of the operating theatre. Nanna Noonie had been taken home, by one of Demetrios’s security agents, and her bingo ladies were now keeping an eye on her. Inga’s great grandmother wanted to start making Inga’s favourite cookies, and take them back to the hospital, for when she woke up from the medically induced coma. Security around the medical facility had now been tightened, due to the release of information that Inga had been stabbed at the Death club and was recovering there from her operation. Whilst this was good in the short term, the problem was that Inga was something of a national celebrity, especially after her run in with the bull, and her hit reality TV show. To Kraus, none of that mattered, so long as he was given the peace to watch over Inga, in the hopes that she would awaken soon. The door to her room opened, and a nurse came in to do her rounds, checking on Inga’s vitals, taking her pulse, checking the drip amounts and changing the bags over. All the while the heart machine beat steadily, a smooth rhythm that in itself was soothing to hear. So long as it continued that way, Inga would be alright. The nurse smiled to herself, seeing the nerd, and still orange Kraus, snoring softly as he held onto the Hello Kitty plushie that Nanna Noonie had left with him. So devoted…he was in love with his Inga….truly..madly…deeply. 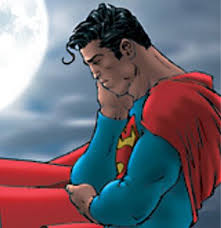 Out in the hall, the canteen lady was bringing around the breakfasts for the patients, and it had been noted, that Kraus was more or less bunking in Inga’s room. Tapping on the door softly, the elderly canteen lady pushed the door open and then saw the sleeping Kraus along side his Inga. “Poor, poor thing” -she said, reaching for the breakfast tray, and bringing it in, setting it on the dinner table that was at the end of Inga’s bed. The breafast of bacon eggs, toast and tomato was hidden beneath a stainless steel dome, which she lifted off, and checked. The smell of the breakast and the fresh coffee, had Kraus stir, and he rubbed his eyes, stretching and yawning, as the canteen lady set down cutlery beside his plate. “Good Morning, Mr Zimmerman. Your breakfast is ready.”- Blinking, he took out his glasses from his pocket and set them on his head, looking first at Inga, before even bothering to check his meal. “Any change?”-the canteen lady asked hopefully. Brushing Inga’s cheek with the tips of his fingers, ever so gently, Kraus shook his head, sighing. “No…not yet. But I hope it is today. I want to hear her voice. To know, that she is alright.”- The canteen lady reached over and patted Kraus’s shoulder gently, offering. “She would know you are here…the angels smiled on her and know her place is here with you, not in heaven yet. Have faith. She will awaken soon.”- Kraus placed his hand over the woman’s and nodded in agreement, for he had to be positive, think positive. Leaving the two alone once more, Kraus dragged his chair over and rest his head alongside Inga’s massive breasts, feeling the warmth of her skin through the sheet. Maybe it was his touch, the sensation of his head resting againest her, maybe it was his smell, she was always one that was keen on smelling good. Whatever it was, Inga’s heart machine started to beat faster. This was not lost on Kraus, who raised up his head and turned to stare at it. Immediately, he hit the nurses button, as Inga’s fingers began to wiggle. She was coming around. SHE WAS WAKING UP!

Out at the nurses station, the light for Inga’s room went off, and that sent the nursing staff into a panic, and immediately, Inga’s doctor was paged to attend to her room. The sharp fast sound of running feet, as they raced to her room, only to come in and see Kraus now standing, holding Inga’s hand, as he looked down at her. “Inga…please…if you can hear me…squeeze my hand.”- The nurses ran in and checked the heart machine, in case she was going into cardiac arrest again. Slowly, Inga’s fingers wound around Kraus’s and started to squeeze, before letting go, and the fair Inga’s eyelids started to flutter. On the other side of the bed, the nurse was taking her arm, and wrapping the velcrove wrap on, to take her blood pressure, and with this happening and the increasing pressure in her arm, Inga finally opened her eyes….and the first thing she saw…was….

“Oh my GOD….what has happened to my breasts? WHY ARE THEY SO BIG!?” She was freaking out, as the massive mounds were so large, in her mind, that they simply shouldn’t be there. Then, she saw Kraus..”AGGGGHH…who are you? Where is my Noonie?….Where am I? Why do I have big boobs? Noooooniiiiiiiiiiieeeeee?”- Inga was going off the deep end as her heart machine was beeping madly. “Inga…Inga, its me, Kraus…your fiance’…you have had your breasts that size a couple of years now.”- Inga tried to sit up and tear off the heart monitor tags, and then felt the stabbing pain in her back. “AAAGGGGGHHH…NOOONIE!”- Kraus fell back, as the nursing team came in and another injected her with a sedative, that would see Inga calm and then fall asleep in seconds. Kraus was clutching the Hello Kitty plushie, tears running down his face. She didn’t remember him….She didn’t remember her boobs….It was his worst nightmare. <3>